Abraham Sutzkever was a Yiddish-language poet who survived the Holocaust and became a major figure in Yiddish letters in Israel and throughout the world.

In 1915, Sutzkever and his family fled from Belarus to Siberia to escape World War I. The images from his childhood there would pervade Sutzkever's poetry for years to come. When in 1920 the family returned, they lived near Vilna, and Abraham eventually enrolled at the University of Vilna to study literary criticism. He became associated with the Yiddish writers' group Yung Vilne (“Young Vilna”), though his style and ideology was not always a match for the group.

By the end of the war, he was already an accomplished poet, having published several collections: Lider (1937; “Songs”), Valdiks (1940; “Sylvan”), Di festung (1945; “The Fortress”). The latter describes his wartime experiences. Sutzkever was a central cultural figure in the Vilna ghetto, where he organized a variety of cultural activities, and he later escaped to fight with the partisans in the forest. Many of his poems were turned into very popular songs.

Sutzkever belonged to the “Paper Brigade,” a group of Jewish intellectuals forced by the Nazis to select Jewish cultural artifacts to be looted or destroyed. He was among the initiators and main activists trying, at great peril, to save whatever could be rescued, first from the Nazis and then from the Soviets. Thousands of items rescued by the Paper Brigade are found today in the collections of YIVO in New York, the National Library of Lithuania in Vilnius, and the National Library of Israel in Jerusalem. The story is documented in the novel The Book Smugglers by David Fishman (ForeEdge, 2017).

Sutzkever returned to Poland in 1946. In 1946, he testified at the Nürnberg trials, and in 1947, he settled in Palestine (later Israel), where for almost five decades he edited the Yiddish literary publication Di goldene keyt (“The Golden Chain”). 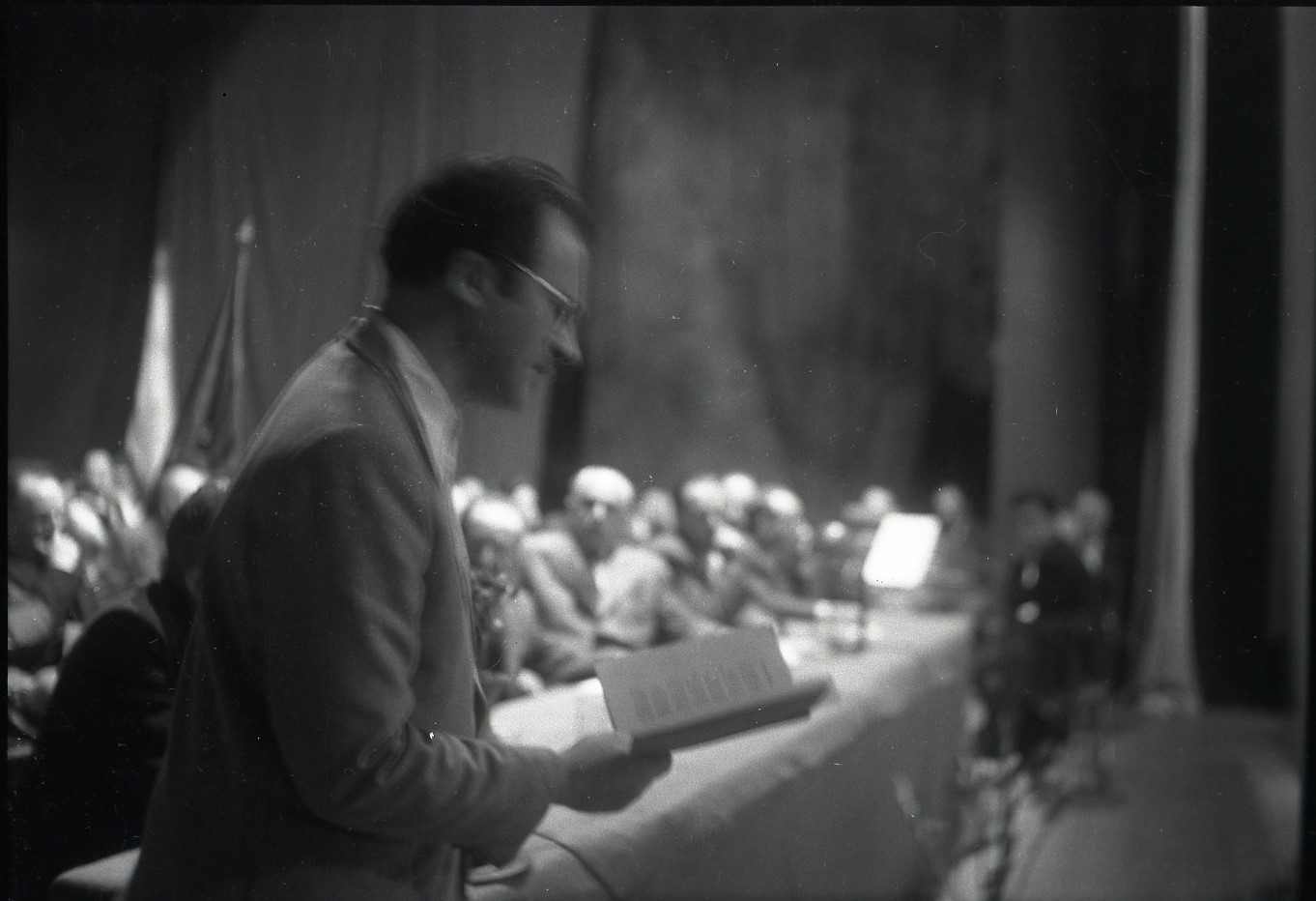 Sutzkever doing a reading of his poetry at a gathering dedicated to collecting funds in support of Jewish settlement in Palestine, Tel Aviv 1947. National Library of Israel, ARC. 4* 2068 / 14347 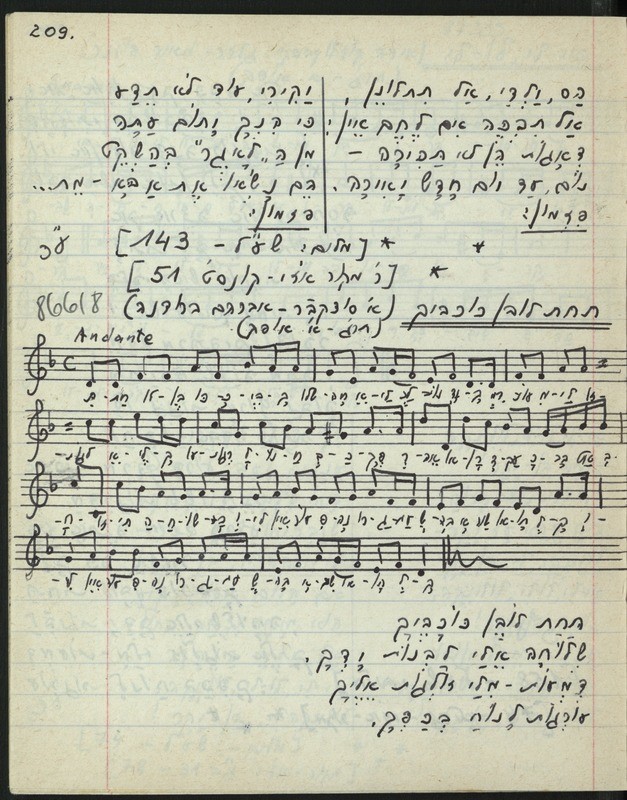 Jewish song collector Meir Noy's copy with musical notation of Unter dayne vayse shtern (Under your white stars), a poem written in the Vilna Ghetto and put to music by Avraham Brudno, who died in a concentration camp in Estonia in 1943. National Library of Israel, Meir Noy Archive