Think of Jews forcibly dispersed from Israel by conquerors as Exiled.

Nebuchadnezzar of Babylon conquered Judea, destroyed Solomon’s Temple (586 BCE), and exiled the Jews to Babylonia and beyond.

Cyrus King of Persia then allowed Jews to return to Zion (538 BCE) to rebuild their Temple.

Given a choice, many freely remained where they were. When Jewish communities willingly stay put or spring up outside Israel, that’s Diaspora, not Exile.

Diaspora communities blossomed as Babylonian, Persian, Greek-Hellenist, and Roman civilisations swept across the Mideast. Polytheistic society was (mainly) tolerant of the Jews’ monotheism. In Alexandria, Philo championed Judaism to his Greek-Hellenist neighbours. The Torah was translated into Greek.

In 70 CE, Rome captured Jerusalem, destroyed the Second Temple, and set the stage for an Exile that would last 2,000 years.

Watch this video to see how the perpetual journey of the Jewish Diaspora came to be, what life in the Diaspora looked like, and how Jews managed to preserve their nationhood through centuries of dispersal.

Though rooted in the land, Judaism has been reinventing itself since Nebuchadnezzar’s Babylonian Exile. Collective memory was preserved in the Talmud (completed 500 CE), encouraging debate about the Bible, the best course of life, and how to adapt laws and rituals to life outside Israel.

Studying the Talmud became integral to the Jewish journey.

The Church’s teaching of contempt toward Jews triggered waves of persecutions and expulsions. With Islam’s spread in 632 CE, Jews, while not granted equal rights, had legal protections that Christianity denied them. At different times Jews lived in ghettos in Europe and millets in the Mideast.

Exile nurtured Judaism’s diverse mosaic – Sephardi, Ashkenazi, Persian, and Yemenite – reflected in liturgy, dress, food, and language. While preserving Hebrew for religious purposes, Judaism was enriched by its encounter with other civilisations leading to the development of such Jewish languages as Yiddish, Ladino, and Judeo-Arabic.

The Jews’ enforced Exile ended in 1948 with Israel’s establishment and haven guaranteed. Fortunately, nowadays, many Diaspora communities are also thriving.

For a fascinating example of a Diaspora Jewish community that has preserved its identity for hundreds of years, read about the Servi family from Pitigliano, Italy >>

Watch this lecture about the Sephardi Jewish authors whose journeys had brought them to the Balkans. Dr. Katja Smid, Spanish National Research Council (CSIC), Madrid, examines their writings in Ladino for the National Library‘s Reading Room project – a platform for live and recorded online events in different languages.

If you have a story to tell us, please contact us. 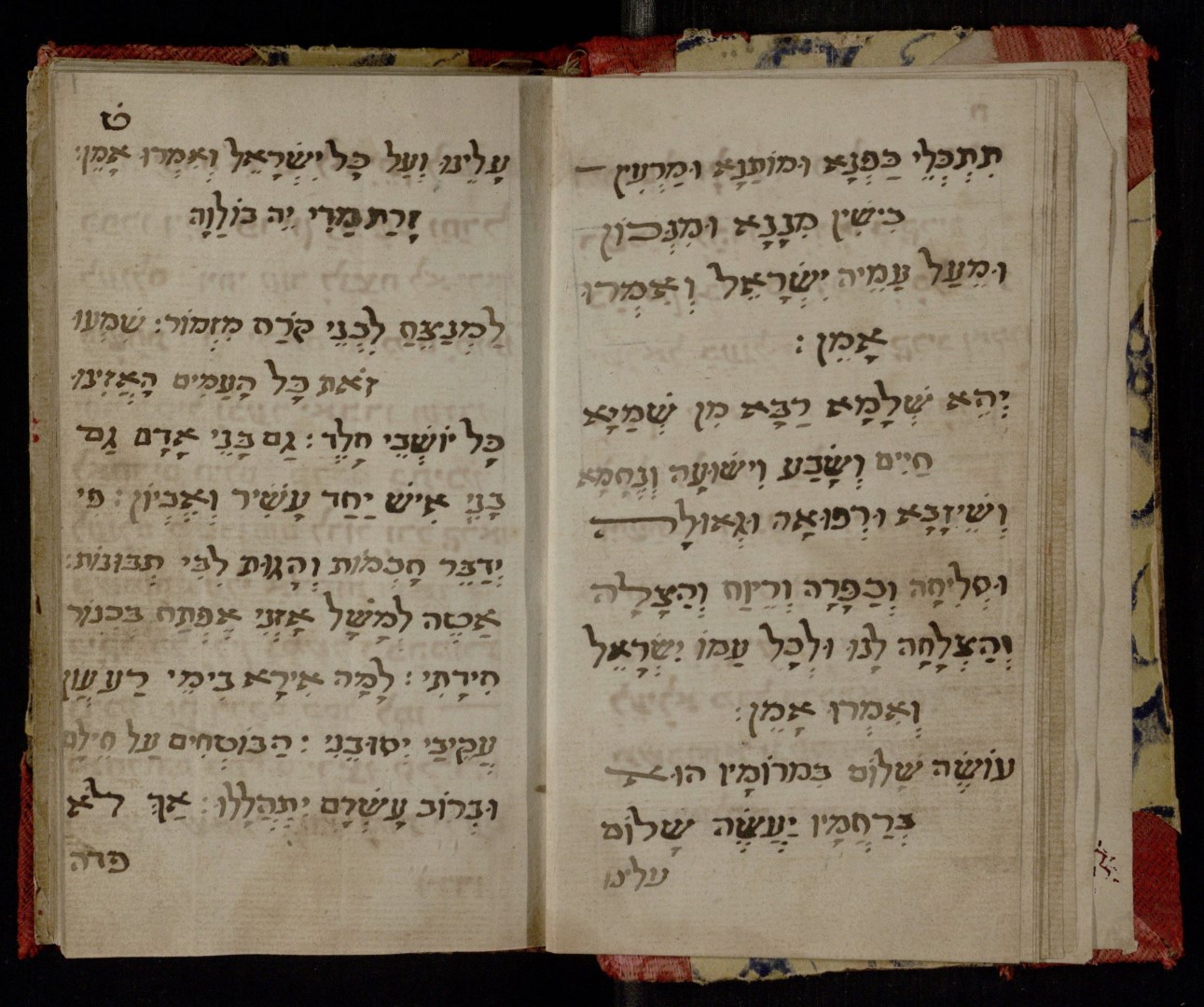 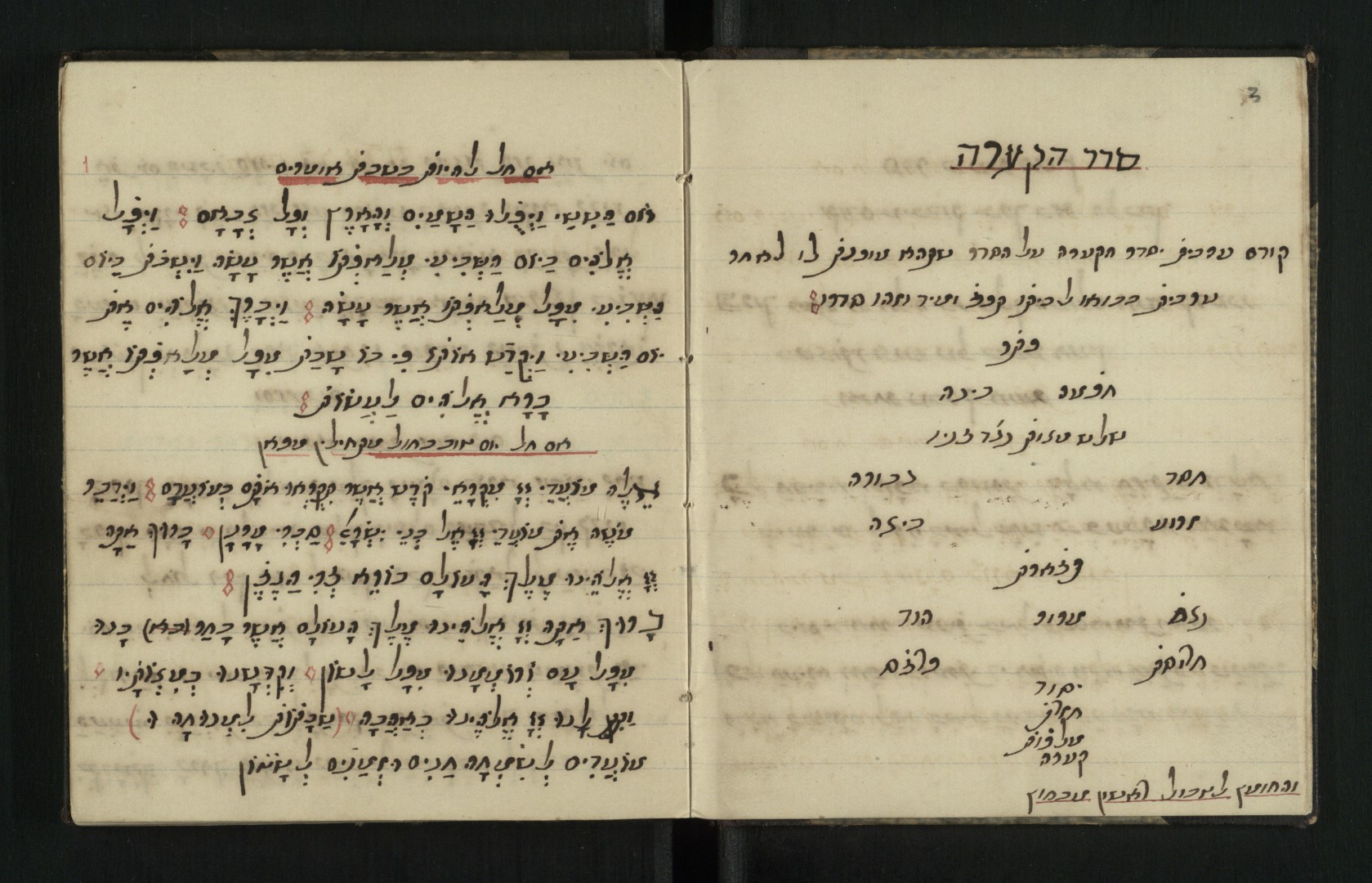 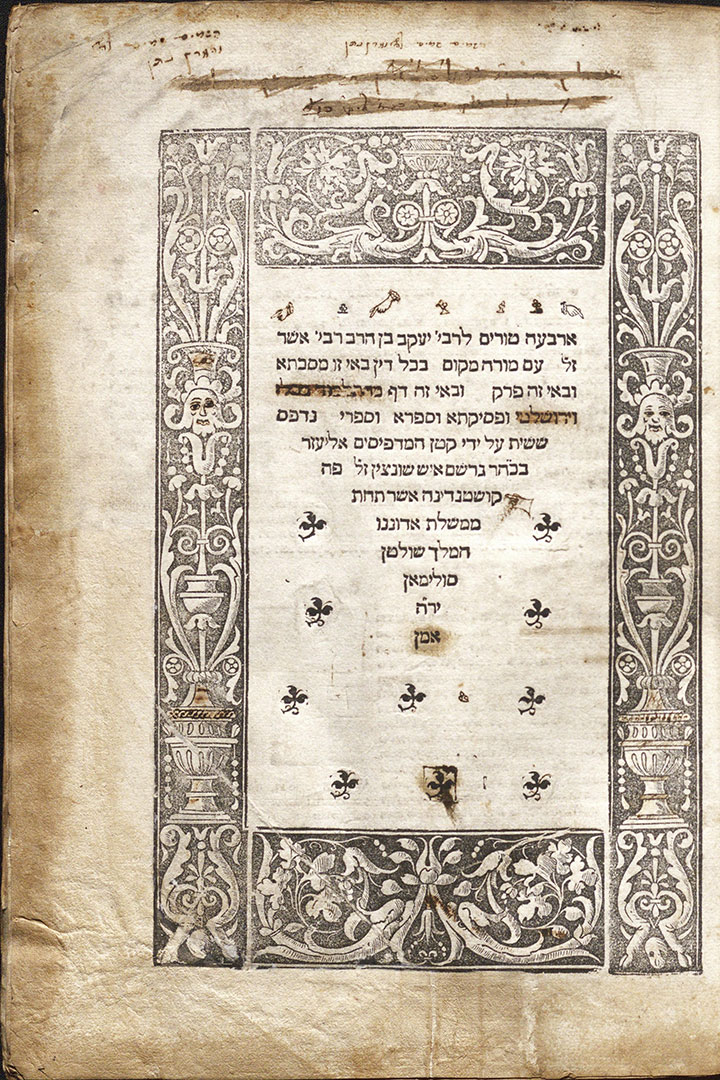 First Jewish publication in Constantinople, which later became a thriving Jewish community with several renowned printing houses, published by a Jewish printer who arrived to Constantinople from Spain after the 1492 expulsion. 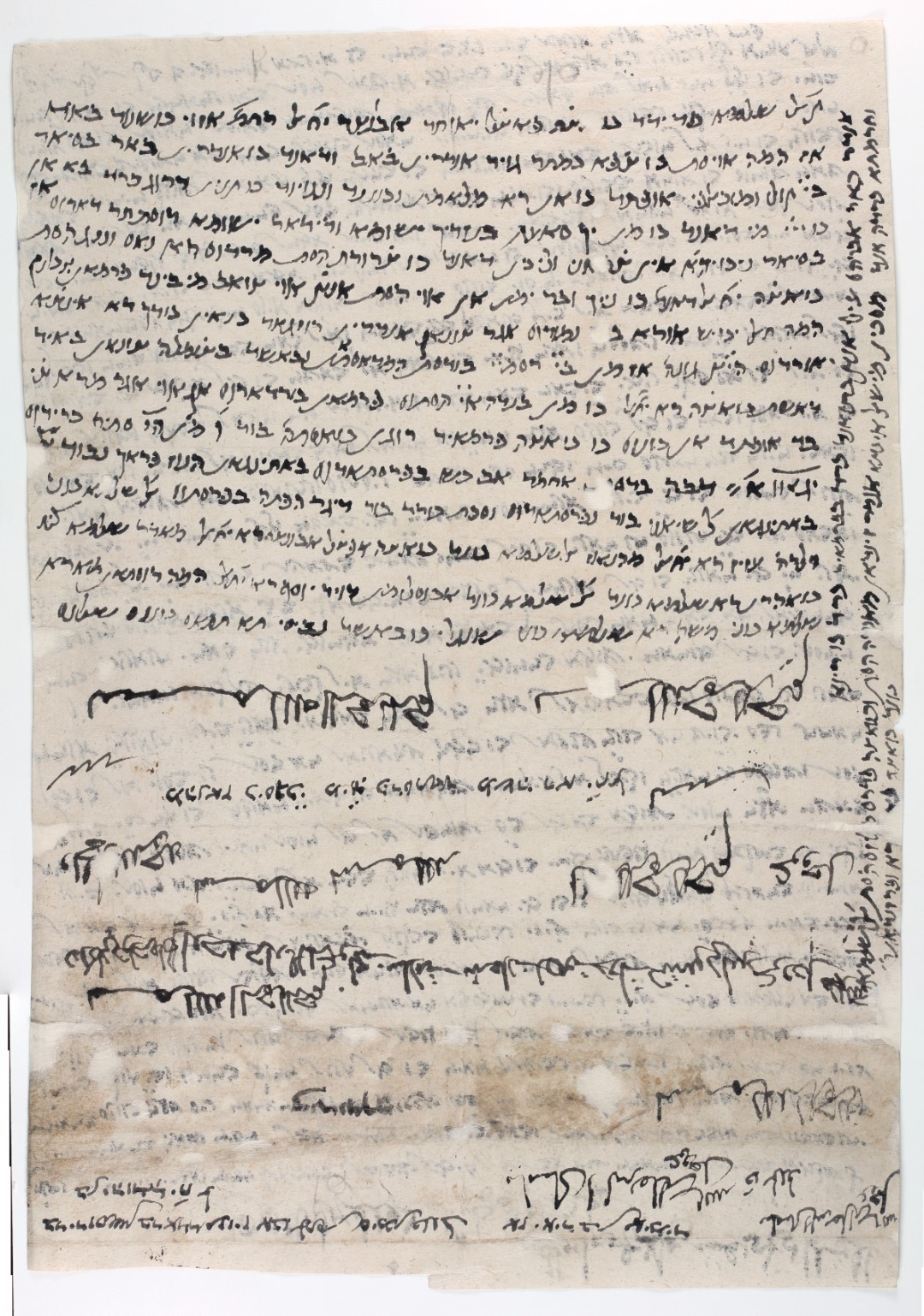 This item in early Judeo-Persian was found in the Afghan Genizah, a cache of fragmented Jewish manuscripts found in a cave in Afghanistan in 2011. In it, a Jew is writing to his brother begging him to disbelieve the slanderous rumours that he no longer keeps the Jewish faith, and expresses his deep desire to return to Bamiyan, which is his beloved home. 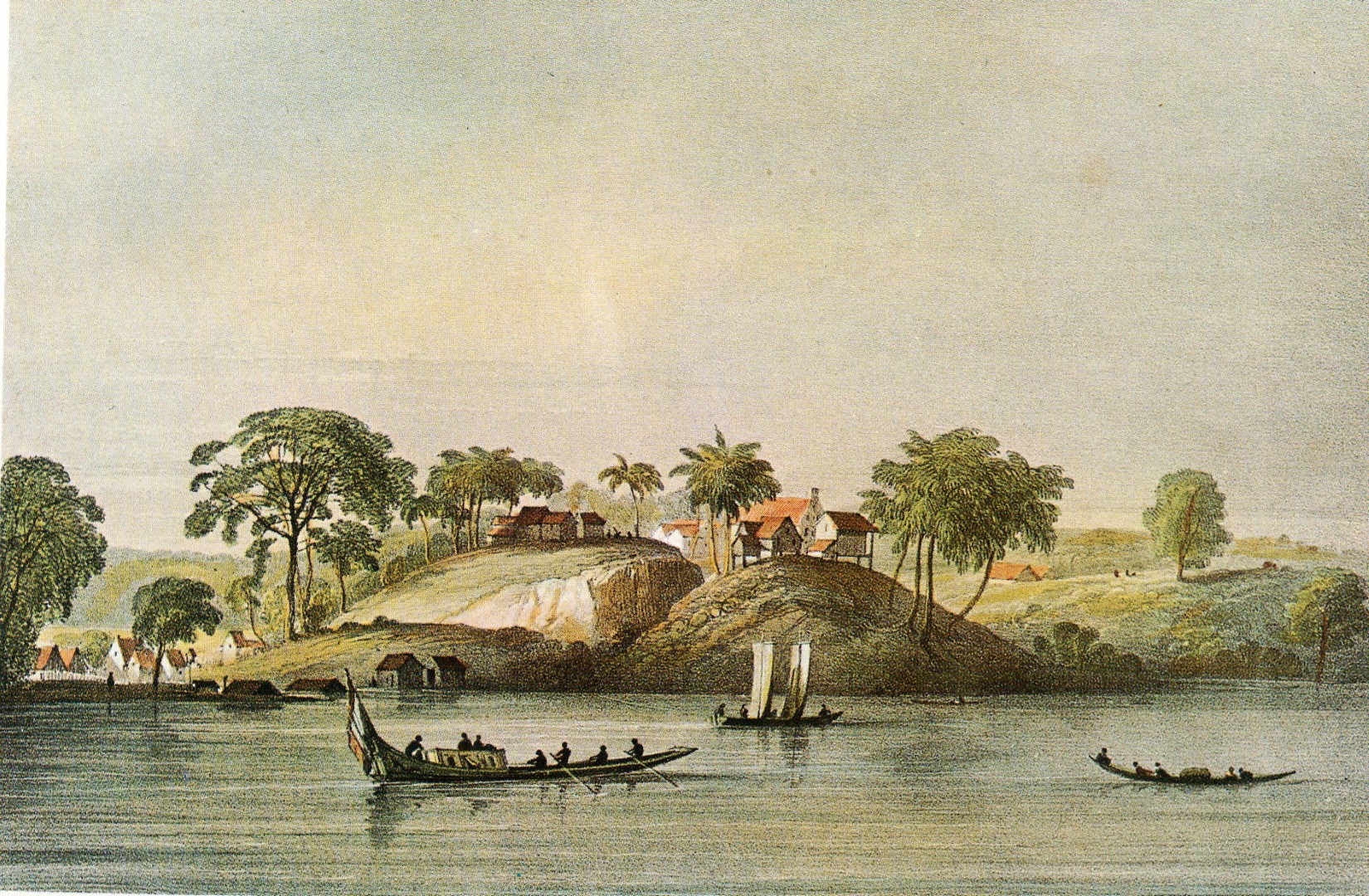 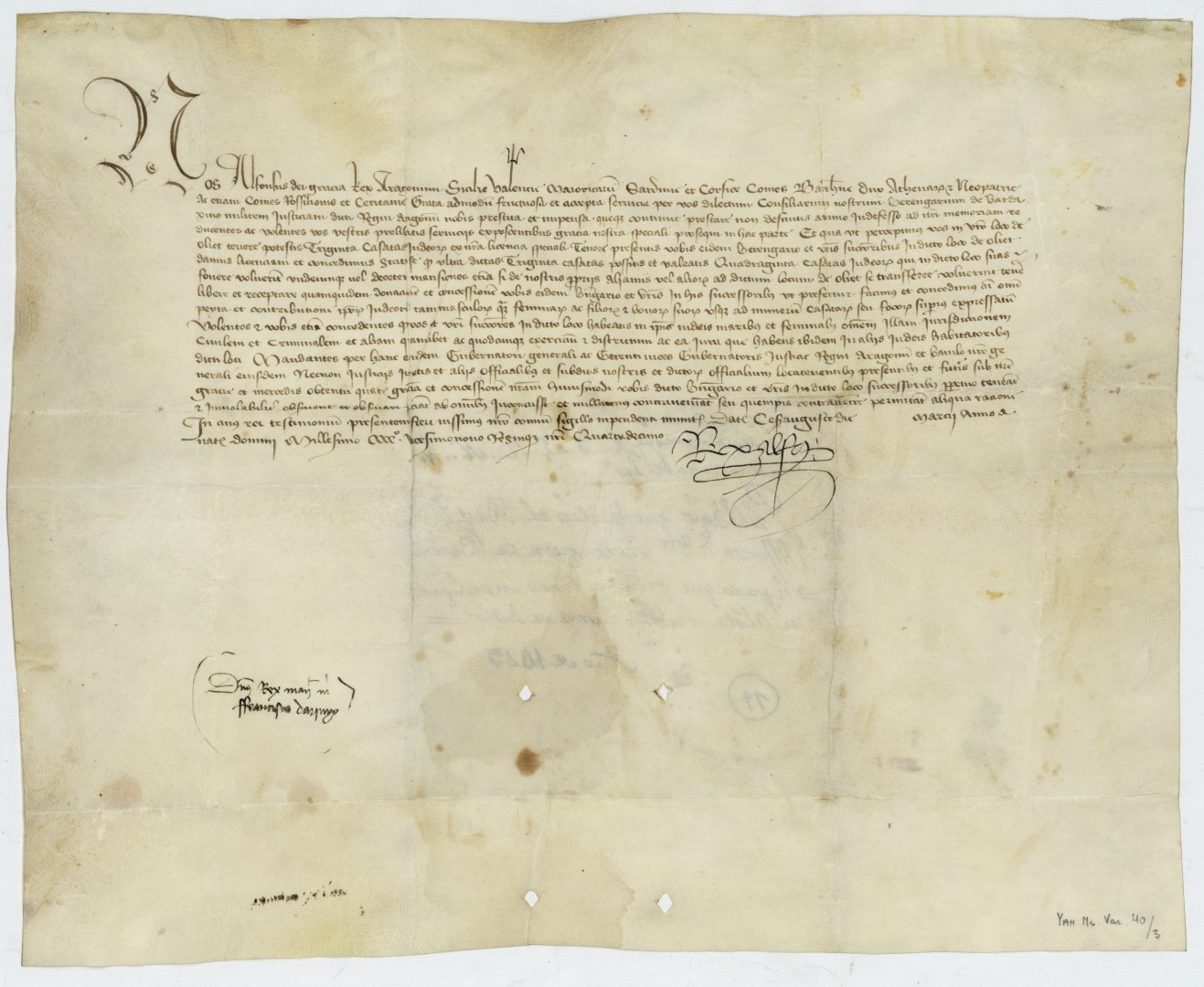