Travelling from one place to another – physically or spiritually or emotionally – sets people on a path of transition.

The odyssey of the Jews began not with a step but with a realization that there is but One Infinite Spirit. Around 1730 BCE, this Divine Being told Abram (who had already uprooted himself from his birthplace “Ur of the Chaldeans”) to go “to the land that I’ll show you.”

That land was Canaan. Abram became Abraham, and Jews, Christians, and Muslims are all “the Children of Abraham.”

The Canaan promised to Abraham would become Israel. During another journey, Abraham’s grandson Jacob was renamed “Israel.”

In a time of famine, Jacob journeyed to Egypt. There his descendants were enslaved. And in the 13th century BCE, Moses led their Exodus back toward the Promised Land.

At Mount Sinai, God gave them the Torah with its Ten Commandments, rituals, and statutes: the Sabbath was to be a day free of labour. Passover was to commemorate the Exodus. A roadmap for living mandated charity, hospitality, and respect for strangers.

Arrival created challenges. Could a tribal people come together culturally and politically? Could they sustain their One God idea in the polytheistic Middle East?

Geo-strategic circumstances and their own destructive choices set them on a march to Exile, return, and dispersal again. Then, after 2,000 years, to an improbable, extraordinary, further homecoming.

Along the way, whenever they could, they transformed forlorn Exile into flourishing Diaspora. They reinvigorated Sinai’s Commandments. Their Pilgrimages recollected what was lost, but also reaffirmed their aspirations.  They composed prayers, both poetic and practical. There were hair-raising escapes but also solace in finding safe harbours.

The Jewish odyssey created openings to redefine who they were, what they would learn and share, and where they were heading. 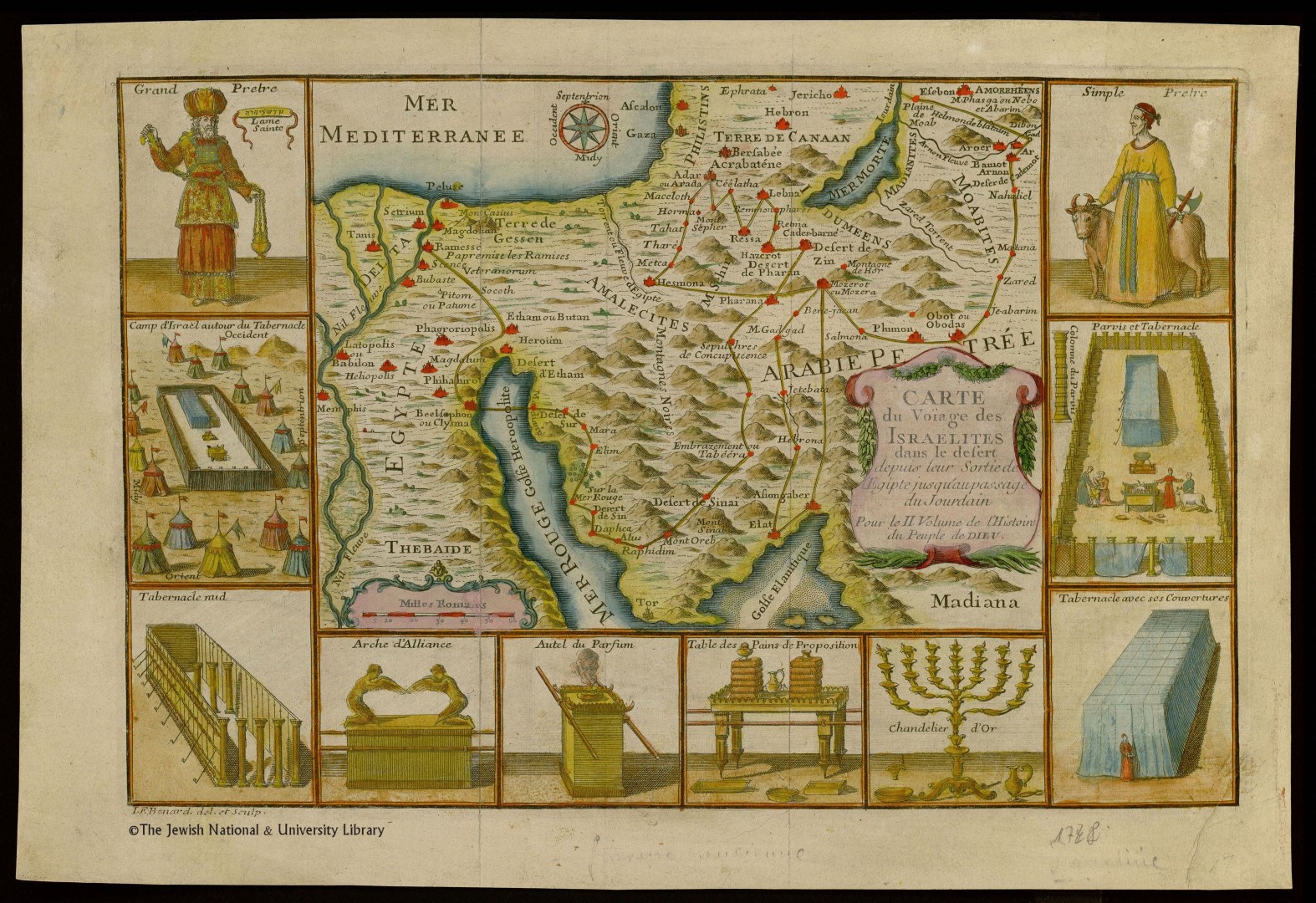 Isaac Joseph Berruyer. Map of the Israelites' travels in the desert since leaving Egypt and until the crossing of the Jordan river. From Vol. 2 of Histoire du Peuple de Dieu. Paris, 1728. National Library of Israel, Laor 89

The map reflects the archetypal Jewish Journey described in the Exodus story. In essence a nation-forming journey, it also ensures the nation's survival as reliving it each year at Passover is one of the main ritual bonds keeping Jews together through time and journeys that carry them far away from each other.

Discover some of the most interesting Passover haggadot from the National Library of Israel's collection. It is by reading the haggadah that Jews relive the Exodus>> 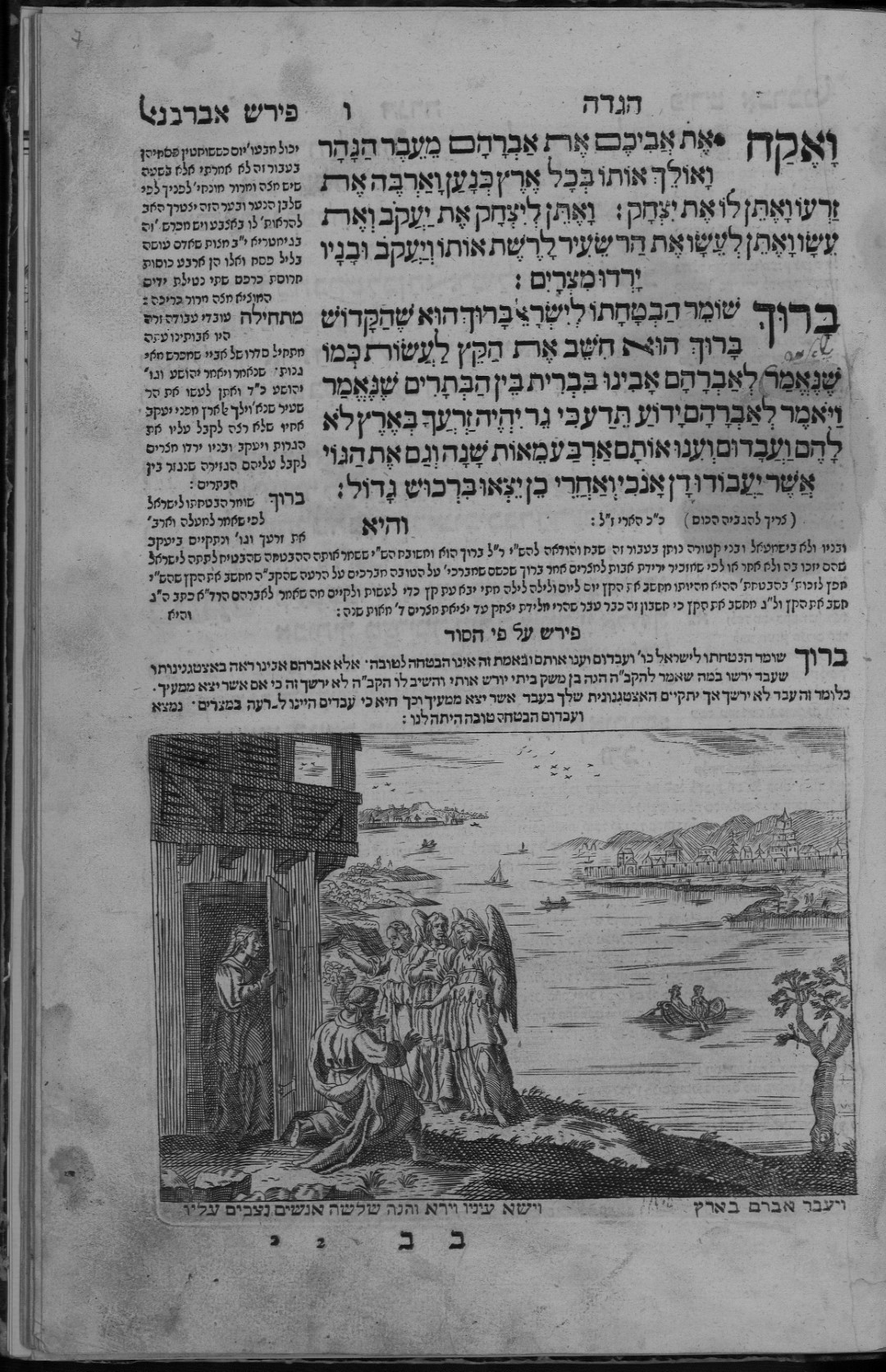 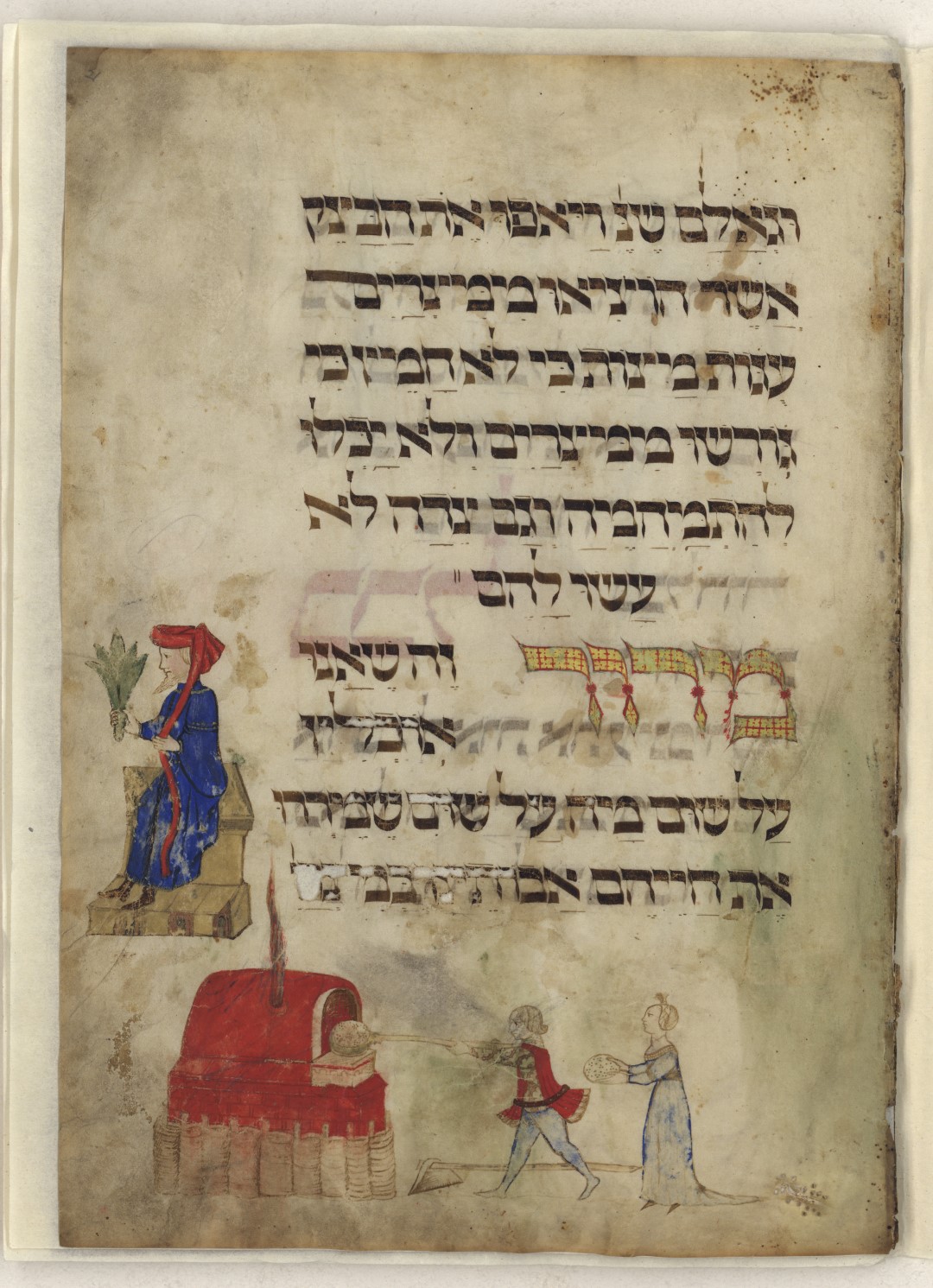 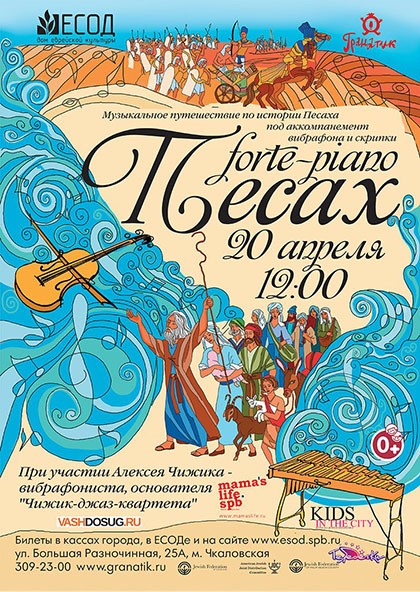 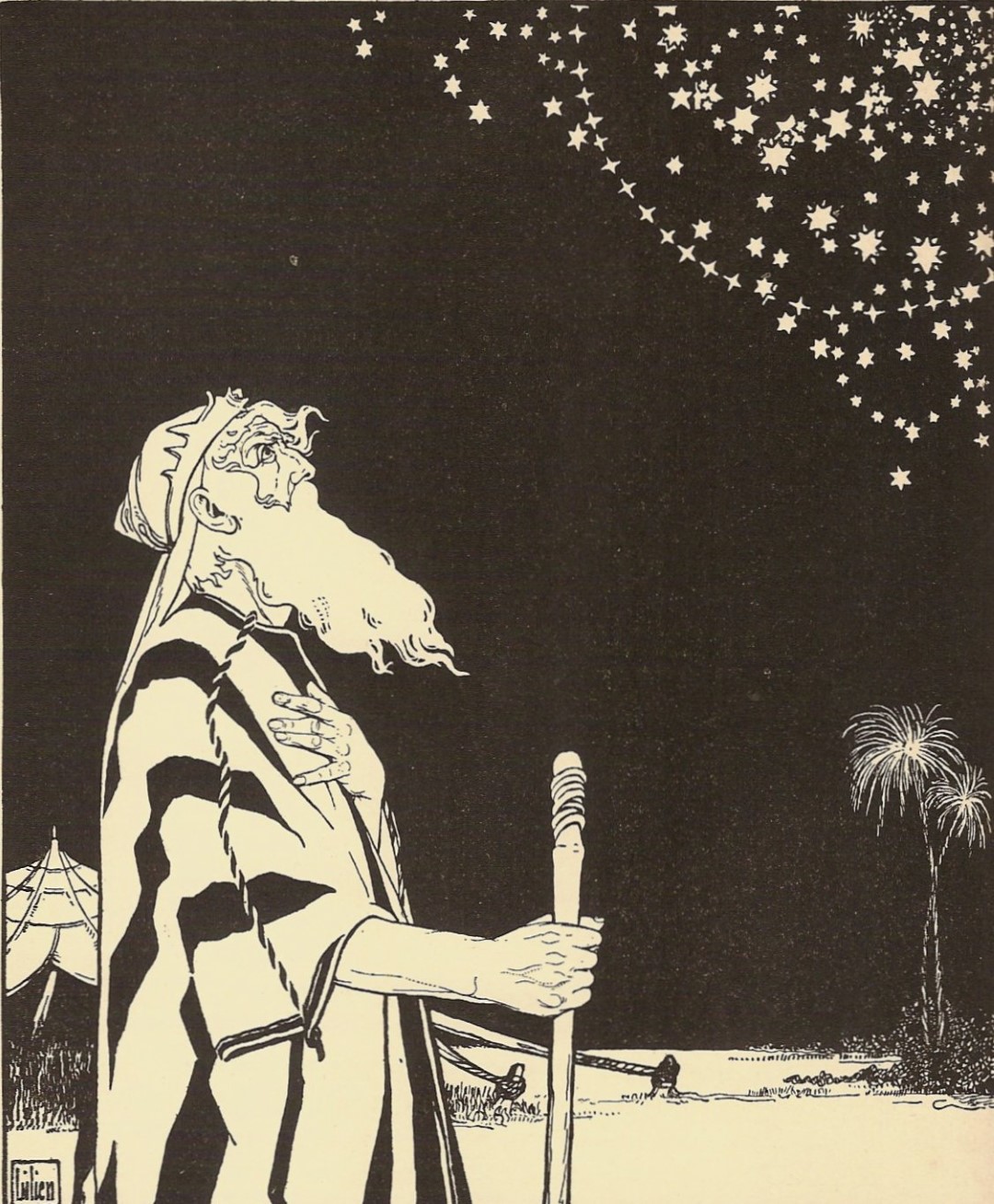